The Chaos of Live and the Music of Suicide 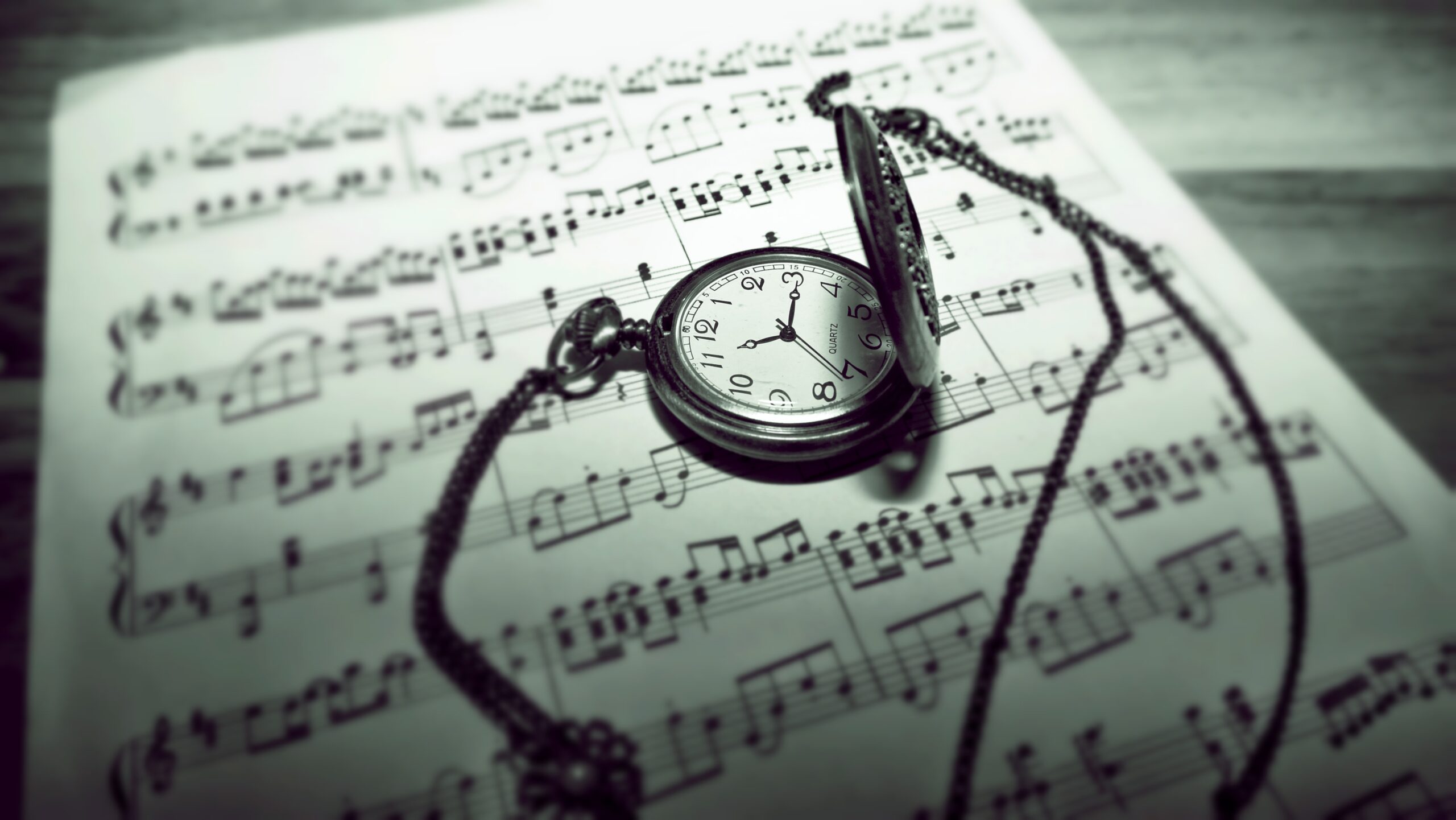 Hi, my name is Paul. This is my first blog here and Iâ€™m kind of messed up. (Hi, Paul.) Since I finished my first Masterâ€™s degree in 1985 I have worked in bars, colleges, universities, churches, motels, insurance, and now at Steelcase. It was the turn of the millennium when working at the University of Arkansas that I was diagnosed with depression. Itâ€™s not like one day I was feeling under the weather and decided to go for mental health screening. No, Iâ€™d felt off-center for years. I finally felt that it was time to see somebody and do something about it. Then I began my long line of medications and counselors.

About 30 months ago, fifteen some years after my original diagnosis, I was hospitalized. That first Masterâ€™s degree? Itâ€™s a Counselor Education degree focusing on College Student Development with classwork in crisis counseling. This is what I knew because of my training. Firstâ€”I wanted to hurt myself; for me, thatâ€™s a euphuism for I wanted to commit suicide. Secondâ€”As soon as I shared this, I knew she would ask me a bunch of questions to â€œevaluateâ€ my suicide plan. She would check the lethality of my plan, my access to execute the plan, and the possibility of being saved.

The third one is interesting. Was I going to try to overdose in the house where people come and go all day? There would have been a very good chance that I would be found, a very good chance I wanted to be found. Highly survivable. Thatâ€™s really a good sign for a counselor. As for me, my possibility of being found/saved was so remote she asked me to never share it.

So, my lethality as B-, my access was A-, but my lethality was A+ with extra credit. The only question she had was would she have me committed with my cooperation or not. I cooperated. Like I said, I knew enough, but it was a struggle to actually say â€œletâ€™s do it.â€

I spent ten days in the hospital. I was in individual and group counseling. I spent most of my downtime reading my bible and accidentally became the Chaplain on my ward. It was bizarre, it was surreal. It was also where I got my new, improved diagnosis, Type II Bi-Polar Disorder with anxiety. When I saw my counselor for the first time after getting out, she asked me what I thought about the diagnosis and I told her, â€œI like it! Itâ€™s not that Iâ€™m glad to have this disorder, but it explains so much!â€ The chaos of my life finally fit into a description, a diagnosis. That was comforting.

Iâ€™ve given you this much history to give you this. A friend in Wyoming (the Grand Rapids suburb) who also suffers from Bi-Polar disorder introduced me to Disability Advocates of Kent County through LaughFest. I auditioned and performed at the St. Patrickâ€™s Day LaughFest event, which is how I met Maddie Schaab. The other day she posted a link to an article called “Itâ€™s not what you think” about the death by suicide of Soundgarden frontman Chris Cornell. After lamenting the accidentally self-inflicted deaths of so many grunge era musicians, author Rich Larsen writes:

Chris Cornell died of suicide on May 17, 2017, at the age of 52. He was a dad. He was a philanthropist. He was becoming an elder statesman of rock. He was a grown up. Cornell was aging gracefully, even doing that thing where some guys get better looking as they get older. He got Soundgarden back together, and they made a great new album a couple years ago. His voice still had all the power and strength it had displayed in his youth. Much like the rest of us, the world had kicked his ass a couple times, and he survived.

But now heâ€™s gone, and goddammit, his is the death that bothers me the most. As Iâ€™ve been thinking about this, Iâ€™m realizing that itâ€™s both a personal and a generational thing. Cornell had a long struggle with depression. As have I. As have many of you.

This should be the time in the blog when I mention that Iâ€™m writing this on Memorial Day. In 2016, the Military Times reported that on the average 20 veterans kill themselves daily, which is twice the national average (“New VA study finds 20 veterans commit suicide each day”). Considering Vets make up 9% of the population, this number is disproportionately large.

Among persons with disabilities, I canâ€™t find numbers as easy to understand as exist with veterans in the popular press. Sorry Google, I couldnâ€™t. One scholarly article that evaluated over 100 articles and abstracted another 31 (Understanding suicide and disability through three major disabling conditions: Intellectual disability, spinal cord injury, and multiple sclerosis). Maybe the editor can find me a better number and give me one of those little Ed. comments at the end of the blog. The general consensus is that the number is high enough that this deserves study.

In truth, in Truth, what is really important comes from the lyrics of a song by The Rainmakers frontman Bob Walkenhorst, â€œNumbers donâ€™t lie, but numbers donâ€™t bleed.â€

Talking about the music of suicide in his life, Rich Larsen lamented the deaths of Andrew Wood of Mother Love Bone, Nirvanaâ€™s Kurt Cobain, Kristen Pfaff of Hole, and Shannon Hoon of Blind Melon. Of Alice in Chainsâ€™ Layne Staley gruesome overdose he wrote, â€œThe fact that his body was not discovered for more than a week felt somehow fitting. He was emblematic of a generation that just wanted to be left alone.â€

As for me, I remember Del Shannon, Keith Emerson of ELP, Bob Welch who was better known for his solo career than his time with Fleetwood Mac, Michael Hutchence from INXS, and Allman Brothers Band drummer Butch Trucks. Following Larsenâ€™s example, citing those whose death was â€œsuicide by lifestyleâ€ there was the trinity, Jimi, Janis, and Jim. John â€œBonzoâ€ Bonham, The Whoâ€™s rhythm section of Keith Moon and John Entwistle, Lowell George of Little Feat, AC/DCâ€™s Bon Scott, Howie Epstein who played bass for The Heartbreakers, and Phil Lynott of Thin Lizzy. Amy Winehouse! Prince!

None of these struck me harder than the death by the self-inflicted shotgun blast of Megan Walsh before Christmas of 1987. She was my first love, going to school in Wyoming (the state, not the suburb), and she was coming home to Kansas City for the holidays. After a time of angst and alcohol abuse, I finally knew how I felt about her and was going to tell her, consequences be damned. Then I got the call about her death from my sister. Damn, the consequences…

About suicide, her mother said to me, â€œDonâ€™t you ever do that, Paul. You hear me. Donâ€™t you ever do that.â€ I told her, â€œNo, Nancy. I wonâ€™t.â€ Twenty years later, as I contemplated my own death, I remembered that conversation and knew how far I had come. I knew her plea. I remembered well her heartfelt plea and even that could not keep me from wanting to end it. I knew I was rounding a corner there was no way back from.

I also knew I was in so much pain that if anybody had told me â€œthis was a permanent solution to a temporary problemâ€ my reply would have been â€œyes, permanent.â€

Thatâ€™s whatâ€™s so seductive about voluntary death. All those problems, coming like a flood from a burst dam to sweep you to pain, sorrow, despair, and hopelessnessâ€¦ death ends all of thatâ€”permanently.

Some would have this be the part of the blog where I tell you not to be seduced, tomorrow is only a day away. Letâ€™s be honest though, with the music in this post, the soundtrack from â€œAnnieâ€ is out of place.

Now thatâ€™s what makes this post difficult. You, my gentle reader, whether you are suffering or know someone who is, the last thing you want to read is a platitude. Weâ€™ve already dealt with â€œthe permanent solution to the temporary problemâ€ and â€œwait â€˜til tomorrow.â€ You donâ€™t want to read that â€œeverything will be betterâ€ because all evidence points to the contrary.

So hereâ€™s what I will say. There is help out there. Friends and family usually donâ€™t have all of the resources needed if you have deep depression. If you are contemplating hurting yourself the people who love you will probably hit you with the reflex saying, â€œOh no youâ€™re not, youâ€™re justâ€¦ (insert whatever here).â€ That doesnâ€™t help anybody.

Name your hurt. Claim your pain. Find what you need. The good people here at Disability Advocates can help point you in the right direction.

And everybody hurts sometimes

And everybody hurts sometimes

So, hold on, hold on

You are not alone

The Reverend Paul Andresen (please, just call me Paul) holds a Masterâ€™s of Science in Counselor Education/Student Personnel and a Master of Master of Divinity in Biblical and Theological Studies and currently works at Steelcase assembling table legs. (â€¦so if you or someone you know is hiringâ€¦) He also has Type II Bi-Polar Disorder with an anxiety chaser. He was born in Central Missouri and raised in the suburbs of Kansas City and walks among the wounded. He and his wife Marie live in Wyoming, the suburb, not the state.

Jonathan Cauchi sits down with staff members of Disability Advocates and the Rapid to discuss transportation in west Michigan.